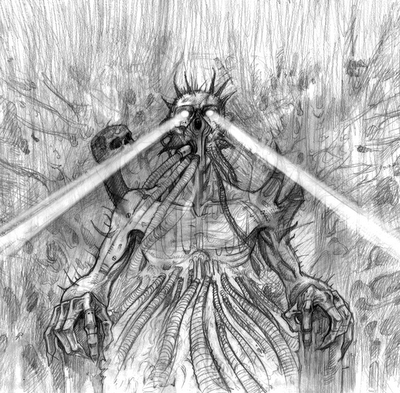 The above description sums these 2 songs up perfectly in all honesty. All I would add is that while these songs are more metal than Brandon's past output, I think the songs still maintain a punk edge to them.

This is an impressive first release for Obsessor, and I for one am definitely looking forward to Brandon's future output as the Obsessor...Dave G.

I headed out last night to catch two of my favorite local bands The Nolan Gate and No Pasaran at the legendary Maxwell's in Hoboken New Jersey. Also sharing the bill were two more local acts Cicada Radio and Cold Fur.

Up first was Cicada Radio from Jersey City NJ who delivered an excellent set of 90's inspired rock that brought bands like Boilermaker, Small Brown Bike and Knapsack to mind for me, which is a good thing. The crowd was definitely digging these guys, and overall they delivered a very strong set of music. Check out their band camp page (link is below) where you can download their most recent ep .

Up next was Cold Fur who also hail from Jersey City and are comprised of Dave ( drums ) and Ralph ( vocals) from The Rye Coalition and 2 ex members of Jersey City's The Want. You could definitely hear the Rye Coalition influence in the Cold Fur songs, however the songs definitely stood up on their own, and the musicianship was top notch. I would bet Cold Fur is going to be moving up the underground ladder pretty quickly in the coming months so keep your eyes and ears out for them.

The third band on the bill was the mighty Nolan Gate who have been banging it out on the Jersey club scene in one form or another for the past 15 years and to my ears they just keep getting better and better with age. The Gate delivered a pulverizing set of heavy precise and pounding songs including some new songs that they recently recorded for their upcoming as of yet untitled 4th album, and man the new songs are smoking. If you ever get a chance to see The Nolan Gate live I highly suggest you do not pass them up.

Finally, No Pasaran finished off the night, and rightfully so as they were celebrating the release of their brand spanking new 7 " Porter In The Making" on Killing Horse Records. No Pasaran definitely delivered a high energy frantic set of 80's post punk inspired madness. If you like bands like Gang of Four or Wire then you should definitely catch No Pasaran live and grab a copy of their 7", you will not be disappointed. 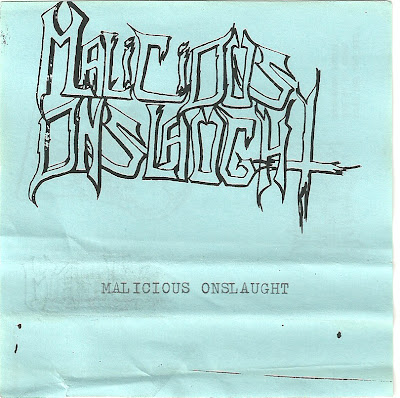 Got this one directly from the band back in 87. I lived in the same town as these dudes and they were friends with my younger brother at the time. I have searched the net for this demo but I do not even see it listed on their discography.

The music on this tape is a little more thrash metal sounding then the bands later Death metal style recordings on their LP's etc. I have no idea if this tape is rare or whatever, but it's worth hearing and it is part of the under appreciated Rockland County NY metal scene from the late 80 / 90's.

Actually, this is sort of a teaser for a blog that I (along with a few friends) am beginning to work on that is going to strictly document the Rockland County Metal/punk/hardcore scene from the 1980's into the early 90's, and believe it or not I already have over 30 metal and hardcore demos to document. If anyone from the old Rockland scene comes across this post and thinks they have anything to contribute to my new Rockland blog then get in touch...Dave G. 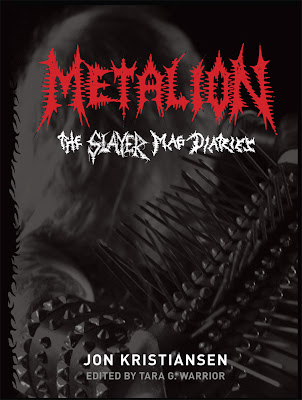 I cannot wait for this thing to show up in my mailbox...Dave G.

"The greatest heavy metal story ever told—the complete tale of a life lived for metal. Part anthology, part memoir, and years in the making, METALION includes over 600 reproduction pages from every issue of Slayer Mag—Slayer 1 through Slayer XX, plus the precursor Live Wire zine—spanning from the early 1980s through 2010. In addition, author Jon Kristiansen recounts his life’s story, from alienated outsider to central figure in Norwegian black metal to metal party beast to world-weary metal survivor. The book also features over 100 rare photographs, including two color sections and a portrait gallery of photographs taken by Kristiansen himself."

"For twenty-five years, Norway’s Slayer Mag published the gospel of black metal and death metal, combining eye-ripping graphics, brutally honest writing, and relentless offbeat humor. With this anthology/memoir, editor Jon “Metalion” Kristiansen unfolds the extreme highs and lows of a life lived for heavy metal. Founded in 1985 in Sarpsborg, Norway, Slayer Mag quickly rose to prominence by championing countless unsigned death metal pioneers. The pages of Slayer Mag exploded along with the extreme metal underground, and as black metal rose to prominence in Norway in the 1990s, Slayer Mag remained the final word on the moods and motivations of those dark times."

“From the start, I made Slayer Mag as honestly and as well as I could,” says Kristiansen. “I never knew any other way. I hope that I have produced something that will stand the test of time.” 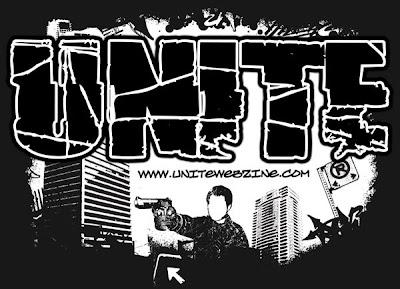 My friend James started Unite Fanzine in the late 80's when he was a staple on the NY Hardcore scene. Unite back in the day was a stapled paper fanzine covering all the NY, NJ,CT and international hardcore acts that you would expect to find back in 1988-1989 like Gorilla Biscuits, Insted, No For An Answer and on and on.

After a hiatus of many years, and with the advent of the internet James decided to bring Unite back as a web based zine a few years ago and he has been steadily plugging away doing interviews with some of the old school hardcore people of importance as well as keeping it fresh and new covering many currently relevant artists. If you go back in the interview archive you can even read some of the original interviews done for Unite in the late 80's with Gorilla Biscuits, Breakdown, Underdog, Youth of Today etc.

As far back as I can remember even predating our friendship I knew James as the dude with the camera at shows. James has many photos available for your viewing on Unite and also on his Photogeek blog , where he shows some of his work as he is a working photographer to this day.

Unite fanzine was an important part of the NYHC scene back in the day, and it's cool to see that some of the old interviews and photos are available to be read and viewed today so take a few moments to check it out...Dave G.
Posted by Dave G at 11:04 AM 3 comments