We have a lot going on over at the United By Rocket Science Blog. Loads of reviews of current hardcore and indie records and demo tapes plus interviews with Sam Siegler.. you know him as the drummer from Rival Schools, Side By Side, Civ and just about every other NYHC band from back in the day.  Also added a show review and a bunch of photos from the Deep Sleep show in New Jersey a few days back...stop by and take a look around...Dave G. 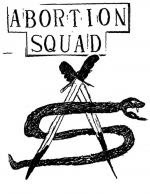 Great raw and nasty full speed ahead early 80's hardcore...I recommend you pick up a copy of this Lp before they are gone as Who Care's? releases tend to disappear very quickly and are very hard to come by...Dave G.

Bio from the label:

Formed in 1982, the ABORTION SQUAD was assembled from the remnants of two high school punk bands, The BY-PRODUX, and The FIZZICAL FITS.
Listen to “Stupid jerk”

Inspired by the early 80's international hardcore scene, they combined and wrote new songs and kicked up their punk sound a notch to HARDCORE.

In 1983 they hit the recording studio and put out a now "rare" cassette demo tape featuring many killer "hits" such as "You Make Me Sick" and "No Authority, No Rules" which earned them airplay on local Boston area college stations... not bad for a bunch of punk kids from Manchester NH !!

They enjoyed a good run of success in the 80's playing shows in Boston with other area hardcore bands, they enjoyed having had the pleasure of being on the bill with such notable acts as G.G. ALLIN and the JABBERS, G.B.H., and even Boston pop icons the NEIGHBORHOODS.

The ABORTION SQUAD were part of the few hardcore punk from the New Hampshire scene, among bands like the MURDERERS, the MIGHTY CO'S and AGROPHOBIC ARRAY... they are incontestably the most primitive and brutal band from this scene, playing intense and spontaneous hardcore with a real "fuck you" punk attitude.

28 years later, WHO CARES? records officially releases the 21 song demo on a 12" vinyl.
Limited as usual to 300 hand numbered copies : 50 first on limited edition and colored vinyl, 250 next on regular cover. 8 test pressings should be made. Test pressings will be made as usual with a special cover...Listen to Abortion Squad and purchase the Lp.
Posted by Dave G at 5:35 PM 2 comments 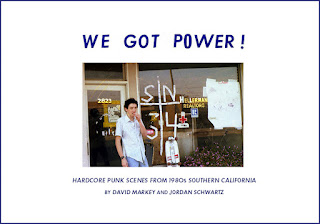 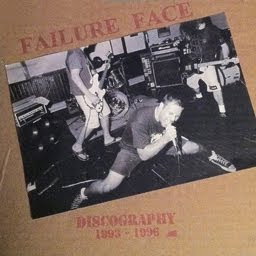 From Florida, Failure Face existed from '93 - '96. They played in-your-face and down-your-throat hardcore. Fueled by the sounds of punk rock inspired hardcore that moves along as a guide to original hardcore music. Fast, combined with catchy elements and negative lyrics to get you angry about the state of the world around you - this is a statement of early 90's hardcore. With sound elements of INFEST, Failure Face proudly makes it's claim on the hardcore map.

SPECIAL PRE-ORDER COLORED VINYL PRE-ORDER**ANY ITEMS ORDERED WITH THIS ITEM WILL BE HELD UNTIL THIS ITEM SHIPS! 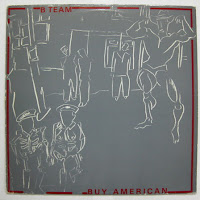 B Team really deserve much more recognition than they have ever received. I have never heard anyone drop B Teams name in discussions regarding dark wave or post punk bands like Gang of Four, Joy Division,Crispy Ambulance , Ski Patrol, 1919 etc, but I am changing that right now.

This Lp is bursting at the seems with rolling darkwave like bass lines excellent Gang of Four inspired guitar work and the moody 80's vocal delivery that you would come to expect from a good postpunk/darkwave band, however at the same time I also hear the UK Subhumans in these songs as well...great stuff that is absolutely essential to your post punk record collection...Dave G.
Posted by Dave G at 9:55 AM 4 comments 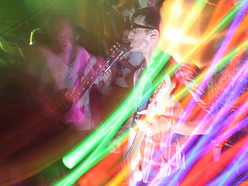 
Tile ... review and links to songs for your listening pleasure.
Posted by Dave G at 7:47 PM 0 comments